The Oscar-winning filmmaker Neil Jordan returns to fiction with a haunting, highly praised novel, his first in ten years. Narrated by the ghost of Nina Hardy, an actress who is murdered in the opening scene of the book, Shade tells the story of two pairs of siblings growing up in Ireland in the first half of the century. Through a childhood that memory gives the luster of romance and the tragedy that strikes as the children reach adolescence and the two boys leave for the Great War, these unforgettable characters reach the 1950s to play their roles in a murder ultimately revealed as the opposite of the senseless crime it seems. Neil Jordan is the award-winning writer and director of such films as Mona Lisa, The End of the Affair, and The Crying Game, for which he won an Oscar for Best Original Screenplay in 1993. He is also the author of three previous novels-The Past, The Dream of a Beast, and Sunrise with Sea Monster-and a short-story collection, Night in Tunisia. "It's a fabulous prologue, rich enough to taste, and Jordan maintains the same vivid narration throughout. . . A dreamy, sensuous, and deeply engaging tale worthy of the best Irish fiction."-Baltimore Sun "Atmospheric and filled with memorable images."-New Yorker "A dreamy and elegant period novel. . . like a good film noir. . . This tale of complex longing and doomed desire is hard to resist; Jordan's vivid imagination and exquisite craftsmanship light up the page as they do the screen."-Seattle Times "The ways in which the children's maturing love for each other plays out are unpredictable-sometimes staggering-and the final revelations, years later, before George raises the garden shears, will bring a gasp of shock or admiration from even the most worldly reader. . . Very few novels improve dramatically at the halfway point, and fewer still surge into brilliance in their final pages."-Los Angeles Times "Astoni Seduces readers with the first sentence. . . Far from a filmmaker moonlighting as a fiction writer, he's a novelist at the top of his craft.-People (four stars). 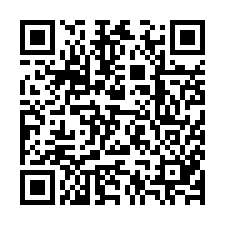