The agent runner: a novel

Description
"British by birth, foreign by descent, and agnostic by conviction, Edward Henry Malik is an MI6 handler--an agent runner. For four years he has been running an agent codenamed Nightingale inside Pakistan's notorious ISI, keeping watch on its links to Al Qaeda and the Taliban and its machinations in neighboring Afghanistan, but mostly monitoring for threats to the British homeland. Then, in the aftermath of Osama bin Laden's killing, Nightingale is exposed and Ed's world falls apart. Dismissed from MI6 and with his reputation in tatters, Ed returns to his roots in the immigrant enclave of Whitechapel in London's East End. He takes a job at a freight forwarding office and unexpectedly falls in love with the proprietor's daughter. It seems as if he has finally found respite from his demons. But you can't escape your past. Ed knows too much, and he has come to the attention of Major General Javid Aslam Khan--Pakistan's legendary spymaster, known as the Hidden Hand"--
Also in This Series 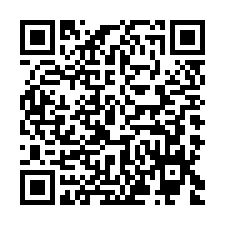