The boundaries of desire »

The boundaries of desire: A century of bad laws, good sex, and changing identities

Description
"The act of reproduction, and all of its variants, have been practiced in roughly the same ways since the beginning, but our ideas about the meaning and consequences of sex are in constant flux. At any given point in time, some forms of sex have been encouraged, while others have been punished without mercy. Jump forward or backward a century, or cross a border, and the harmless fun of one society becomes the gravest crime in another. Beginning at the point when courts guarded the sanctity of the "family home" by permitting men to rape their wives, continuing on through the "sexual revolution," a period that transformed traditional notions of childhood and marriage, and extending into the present day (where debates surrounding gay marriage, sex trafficking, and sex on the internet are part of our daily lives), Berkowitz explores the ways nearly every aspect of Western sexual morality has been turned on its head, with the law always one or two steps behind. By focusing on the experiences of real people who played central roles in the formation of our sexual rights, Berkowitz adds a compelling human element to what might otherwise be faceless legal battles ultimately arguing that compassion for others is always preferable to sanctimonious condemnation, and that questions about morals and sexual laws are too complicated and volatile to resolve through simple, catch-all solutions." --
Also in This Series 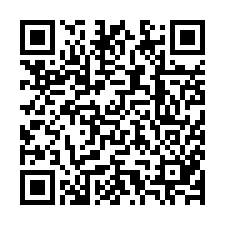