Condor: to the brink and back-- the life and times of one giant bird

The California condor has been described as a bird "with one wing in the grave."

Flying on wings nearly ten feet wide from tip to tip, these birds thrived on the carcasses of animals like woolly mammoths. Then, as humans began dramatically reshaping North America, the continent's largest flying land bird started disappearing. By the beginning of the twentieth century, extinction seemed inevitable.

But small groups of passionate individuals refused to allow the condor to fade away, even as they fought over how and why the bird was to be saved. Scientists, farmers, developers, bird lovers, and government bureaucrats argued bitterly and often, in the process injuring one another and the species they were trying to save. In the late 1980s, the federal government made a wrenching decision — the last remaining wild condors would be caught and taken to a pair of zoos, where they would be encouraged to breed with other captive condors.

Livid critics called the plan a recipe for extinction. After the zoo-based populations soared, the condors were released in the mountains of south-central California, and then into the Grand Canyon, Big Sur, and Baja California. Today the giant birds are nowhere near extinct.

The giant bird with "one wing in the grave" appears to be recovering, even as the wildlands it needs keep disappearing. But the story of this bird is more than the story of a vulture with a giant wingspan — it is also the story of a wild and giant state that has become crowded and small, and of the behind-the-scenes dramas that have shaped the environmental movement. As told by John Nielsen, an environmental journalist and a native Californian, this is a fascinating tale of survival. 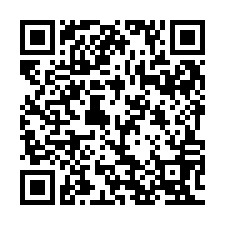