Diet rehab: 28 days to finally stop craving the foods that make you fat

Description
The co-host of TLC's hit series, Freaky Eaters, reveals the ultimate diet plan to kick the junk-food habit in just four weeks- without the pain of withdrawal.

In March 2010, The Scripps Research Institute released a study showing how rats on a junk-food diet had just as difficult a time-if not more so-giving up excess fat and sugar as the rats who were struggling to recover from cocaine dependence. The results showed that certain foods actually alter the brain's chemistry, making our consumption of these foods less like an indulgence and more like an addiction.

Our brains require two key neurotransmitters to maintain proper mood and function, serotonin and dopamine. We get a rush of the two when we eat junk food, but the converse is also true: If we stop eating them cold turkey, we go through serotonin and dopamine withdrawal. This is what causes so many dieters to ultimately fail. In order to successfully lose weight, explains Dr. Mike Dow, dieters should be sensitive both to their emotional and physical needs. Dr. Dow, a psychologist who specializes in addictive behavior and eating disorders, introduces a four-week program for breaking the hold that food has over the body, mind, and spirit by gradually decreasing the amount of "bad" foods while increasing activities and foods that boost serotonin and dopamine levels. Sensible and uniquely effective, Diet Rehab eliminates the withdrawal pains of most diet plans, and provides the structure for a sustainable, healthy, and happy lifestyle. 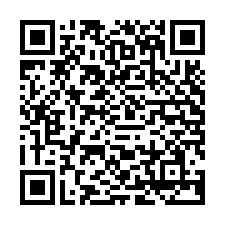