The rebel of Rangoon »

The rebel of Rangoon: a tale of defiance and deliverance in Burma

Description
"An epic, multigenerational story of courage and sacrifice set in a tropical dictatorship on the verge of massive transformation, The Rebel of Rangoon captures a gripping moment of possibility in Burma. Journalist Delphine Schrank spent four years underground tracking Burmese dissidents whose semi-clandestine existence and fight for democracy remained largely hidden behind their globally celebrated figurehead, Aung San Suu Kyi. With intimate, vivid prose, Schrank follows the inner life of a daredevil young dissident, his friends and rivals, across rural hamlets and flickering internet connections, into prison cells and safe houses, and deep into their own hearts, as they escape spies and outwit interrogators, fall in love or slip into insanity. Through that dissident's perspective, Schrank unfurls a harrowing account of a country's efforts to emerge from military dictatorship, how a movement of dissidents came into being, how it almost died, and how it pushed its government to crack apart and begin an irreversible process of political reform. In doing so, Schrank delivers a profoundly human exploration of daring and defiance and of the power and meaning of freedom. "--
Also in This Series 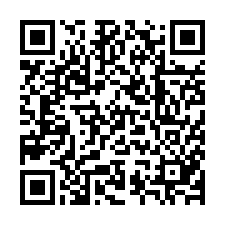