Behind the mask of innocence »

Behind the mask of innocence

From Kevin Brownlow, cinema historian and discoverer of lost films, here is the first full-scale exploration of a vital and now almost forgotten chapter of American moviemaking: the response of early producers of the decades before World War I. All the issues that torment America today were rampant in the silent-film era: crime, poverty, alcohol, drugs, racial and ethnic prejudice, epidemics, and the controversies over birth control, abortion, and the death penalty. And there were others that persist today but were then even more explosive: sexual mores, government and police corruption, prison conditions, immigration, and strife between capital and labor. Although many early moviemakers ignored harsh realities, choosing to depict a society shielded by a "mask of innocence," others went behind that façade, fighting the ever-present censors and producing films that made even the most sheltered moviegoer aware of deep rents in the country's social fabric. Some films were exploitative, some serious, but together they add up to a revelation of the dark side of American life--a revelation startling to us today because it was later, in the era of the Hays Office, so thoroughly ignored, indeed denied, by Hollywood. Broken Blossoms, The Crowd, Humoresque, Regeneration: these films that have survived and become classics are, in these pages, studied in their historical context. And although a tragic number of other films have vanished, nearly all are reclaimed from oblivion by Mr. Brownlow's brilliant feat of restoration and descriptive "reconstruction." Here, never again to be forgotten, are The Fall of the Romanoffs, The Racket, Those Who Dance, and dozens of others. With this remarkable book, Kevin Brownlow completes the panoramic trilogy that began with The Parade's Gone By... and continued with The War, the West, and the Wilderness. Like its predecessors, Behind the Mask of Innocence is an essential work of silent-film history, certain to become a standard reference; but it is more--at once a surprising portrait of a time not unlike our own and a powerful demonstration of the way in which a popular art form can reveal a society to itself. 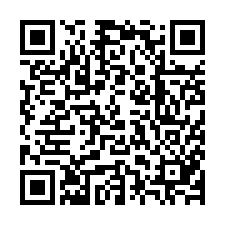