Steeped in intrigue, sexuality, and a stark noir beauty, David Francis' Stray Dog Winter is at once an unconventional Cold War thriller and an original, unforgettable love story set in 1980s Moscow. Darcy Bright, a hapless young Australian artist, receives a surprising birthday present from his elusive half-sister Fin, ostensibly in Moscow on a prestigious fellowship painting industrial landscapes. Fin sends Darcy a ticket to the Soviet Union housed in a leather money belt, and an invitation to join her-only if he's willing to bring the money belt and its contents. Although their relationship has, in the past, swung between passionate attachment and startling disloyalty, Darcy has been drifting in his own life, and sees this as an opportunity for direction and purpose. Or, at the very least, adventure, and decides to put himself in his sister's hands, bringing himself and the belt into the USSR. Upon his arrival into the bleak Soviet winter of 1984, Darcy is quickly engulfed in Fin's mysterious life there, and he becomes entangled in an extortion plot designed to change the course of Cold War history. And as Fin's true intentions for her brother unfold, the intricacies of the bond between the estranged siblings start to unravel. With Stray Dog Winter, David Francis has entered Graham Greene territory, placing a naïve hero in the center of political intrigue and betrayal at the end of the Cold War. Atmospheric and suspenseful, this novel is pure Soviet noir, a remarkable tale of love, passion, politics, identity, and espionage. About the author: David Francis is the author of the acclaimed novel, The Great Inland Sea, which was published in seven countries. He received the Australia Literature Fund Fellowship in 2002, and is a lawyer currently living in Los Angeles 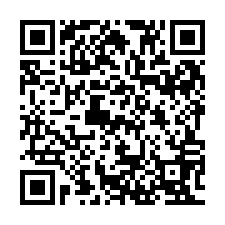