Here, Kurt Vonnegut's final short story collection—Bagombo Snuff Box (1999)—we have combined early and rather more obscure stories which had not appeared earlier. Drawn largely from the 1950s and the slick magazine markets which Vonnegut had from the beginning of his career in the postwar period demonstrated an uncanny ability to sell, these stories show clearly that Vonnegut found his central themes early on as a writer. More, he had been able to place stories in great consumer magazines like Colliers (that his good friend and college classmate Knox Burger was editing Colliers during this time was perhaps no small factor in Vonnegut's success). There were only a handful of science fiction writers of Vonnegut's generation who were able to sell in such a broad manner outside of the genre during the '50s, but it was this success that allowed Vonnegut the consistent denial that he was not a science fiction writer at all.

Vonnegut's themes—folly, hypocrisy, misunderstanding—cycle through these stories although with perhaps somewhat less bitterness than what had come before. Even through the screen or scrim of magazine taboos, Vonnegut's voice is singular, infused by disaffection and wit. Most of Vonnegut's characters stagger through the plot full of misapprehension, cowardice, and self-delusion. In "Thanasphere," the achievement of space travel becomes a means of communicating with the dead (and for that reason the project is abandoned). In "Mnemonics," a forgetful protagonist is given a drug that prompts him to remember everything with the exception of an unrequited crush. This late collection of Vonnegut's work clearly shows the unifying themes of his work, which were present from the very outset, among them, his very despair.

Kurt Vonnegut (1922-2007) is one of the most beloved American writers of the twentieth century. Vonnegut's audience increased steadily since his first five pieces in the 1950s and grew from there. His 1968 novel Slaughterhouse-Five has become a canonic war novel with Joseph Heller's Catch-22 to form the truest and darkest of what came from World War II.

Vonnegut began his career as a science fiction writer, and his early novels—Player Piano and The Sirens of Titan—were categorized as such even as they appealed to an audience far beyond the reach of the category. In the 1960s, Vonnegut became closely associated with the Baby Boomer generation, a writer on that side, so to speak.

Now that Vonnegut's work has been studied as a large body of work, it has been more deeply understood and unified. There is a consistency to his satirical insight, humor and anger which makes his work so synergistic. It seems clear that the more of Vonnegut's work you read, the more it resonates and the more you wish to read. Scholars believe that Vonnegut's reputation (like Mark Twain's) will grow steadily through the decades as his work continues to increase in relevance and new connections are formed, new insights made.

Author Kurt Vonnegut is considered by most to be one of the most important writers of the twentieth century. His books Slaughterhouse-Five (named after Vonnegut's World War II POW experience) and Cat's Cradle are considered among his top works. RosettaBooks offers here a complete range of Vonnegut's work, including his first novel (Player Piano, 1952) for readers familiar with Vonnegut's work as well as newcomers. 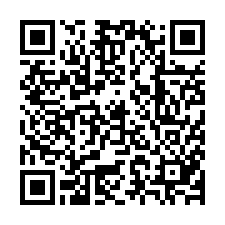