Just don't fall: how I grew up, conquered illness, and made it down the mountain

Description
Read Josh Sundquist's posts on the Penguin Blog. One moment Josh Sundquist was your typical energetic and inquisitive nine year- old boy. The next, his entire life changed when he was diagnosed with Ewing's Sarcoma, a particularly virulent cancer strain that would eventually claim Josh's left leg. Told in a wide-eyed, winning, heartbreaking voice, Just Don't Fall is the story of the boy Josh was and of the young man he became. His story begins in a small, close-knit Southern town, where his father-an aspiring pastor questioning his faith, and his mother— homeschooling an ever- growing brood of children-struggle to make ends meet. Josh journeys through a dizzying array of hospitals and eventually lands at a pivotal place: the nearby mountain, where he makes his first attempt to ski. It is on the slopes, and later, on the race course, that Josh's world bursts wide open in a way no one could have ever anticipated. The inspiration to ski, however, and to become a champion, is not all that Josh has to contend with- there is adolescence to navigate, the transition from homeschool to public high school, and girls. There is an increasingly turbulent and difficult home life, with another cancer scare, a wayward brother, and dwindling finances to pay for training. Finally, there is the wild, bumpy road to the Paralympics in Turin, with a misanthropic coach, training in the Rockies, and a timeless friendship with a charismatic, imposing Brooklyn homeboy named Ralph. Through it all, Josh is forced to question his abilities, his sanity, his will, his faith in himself, and his faith in God. Because of, not despite, these myriad obstacles in his path, Josh is able to achieve a genuine grace: the grace to risk failure and to succeed. It is the grace of a young boy becoming a man and of a champion realizing his greatest dream. Josh Sundquist shows us with charm, humility and remarkable strength that even if we fall, this inner grace can lift us up and carry us over the many mountains we all must face.
Also in This Series 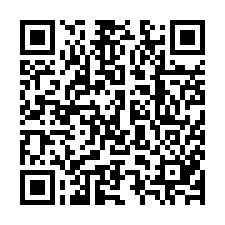