From the National Book Award nominated author of Innocents and Others and Wayward, a "wonderfully funny, accomplished, and far-reaching first novel about our consumer colossus and the human products it makes and shapes" (Don DeLillo).
In her bold and lyrical first novel, Dana Spiotta evokes Los Angeles as a land of Spirit Gyms and Miracle Miles, a great centerless place where chains of reference get lost, or finally don't matter.

Mina lives with her screenwriter husband and works at her best friend Lorene's highly successful concept restaurants, which exploit the desires and idiosyncrasies of a rich, chic clientele. Almost inadvertently, Mina has acquired two lovers. And then there are the other men in her life: her father, a washed-up Hollywood director living in a yurt and hiding from his debtors, and her disturbed brother, Michael, whose attempts to connect with her force Mina to consider that she might still have a heart—if only she could remember where she had left it.

Between her Spiritual Exfoliation and Detoxification therapies and her elaborate devotion to style, Lorene is interested only in charting her own perfection and impending decay. Although supremely confident in a million shallow ways, she, too, starts to fray at the edges.

And there is Lisa, a loving mother who cleans houses, scrapes by, and dreams of food terrorists and child abductors, until even the most innocent events seem to hint at dark possibilities.

Lightning Field explores the language tics of our culture—the consumerist fetishes, the self-obsession, and the possibility that you just might have gotten it all badly wrong.

Playful and dire, raw and poetic, Lightning Field introduces a startling new voice in American fiction.
Also in This Series 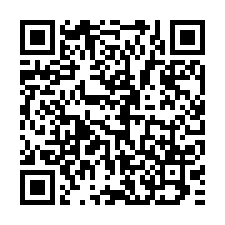