The death and life of Charlie St. Cloud: A Novel

Description
The Death and Life of Charlie St. Cloud tells the haunting story of a young man who narrowly survives a terrible car wreck that kills his little brother. Years later, the brothers’ bond remains so strong that it transcends the normal boundaries separating life and death. Charlie St. Cloud lives in a snug New England fishing village. By day he tends the lawns and monuments of the ancient cemetery where his younger brother, Sam, is buried. Graced with an extraordinary gift after surviving the accident, he can still see, talk, and even play catch with Sam’s spirit. But townsfolk whisper that Charlie has never recovered from his loss.

Into his carefully ordered life comes Tess Carroll, a captivating, adventuresome woman training for a solo sailing trip around the globe. Fate steers her boat into a treacherous storm that blows her back to harbor, to a charged encounter with Charlie, and to a surprise more overwhelming than the violent sea itself. Charlie and Tess discover a beautiful and uncommon connection that leads to a race against time and a desperate choice between death and life, between the past and the future, between holding on and letting go.

Luminous, soulful, and filled with unforgettable characters, The Death and Life of Charlie St. Cloud is one of those rare, wise books that reveal the mysteries of the unseen world around us, gently transforming the worst pain of loss into hope, healing, and even laughter. Suspenseful and deeply moving, its startling climax reminds us that sometimes tragedies can bring about miracles if we simply open our hearts.
Also in This Series 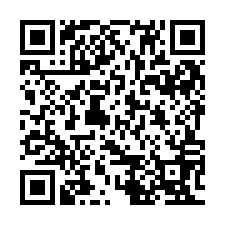