The deal: A Novel

Description
At 7:00 am in a Boston boardroom, there's a disaster in the making. High in an office tower in the heart of the financial district, lawyers and bankers are fighting a deadline to close an $840,000,000 leveraged buyout. Under the pressure of the crowded agenda, no one notices that a zero has been dropped from the mortgage document. The papers are signed, cheers and applause roar from the boardroom—and the fuse of a time bomb is lit. When it explodes, there will be hell to pay. As the partners of Freer, Motley, the presiding law firm, will discover, they are collectively and personally liable to their client to make up the multimillion-dollar shortfall.
And so begins an accelerating and dire chain of events. Freer, Motley's senior partner is found dead, and its brightest young associate is charged with murder. The firm needs a fall guy, and John Shepard, brilliant but arrogant—and recently passed over for partner—fills the role to perfection. Defending John Shepard in a Boston court is going to be a career buster. No one wants the job, and no one understands why Ed Mulcahy accepts the case, even if he is Shepard's friend—but they don't know that he's already in way too deep to walk away.
On a par with Scott Turow's Presumed Innocent, The Deal is the most exciting new legal thriller from a first-time author to be published in years. Written by a young partner with one of Boston's prestigious old firms, it is an utterly authentic view of the city's judicial system, from the ex-con informants, paid for their evidence, to the district attorney who needs a conviction for the sake of his political career. It is also the compelling story of two young lawyers—a defendant and his attorney—realizing too late that they are up against an old-guard establishment more powerful than they could ever imagined.
Also in This Series 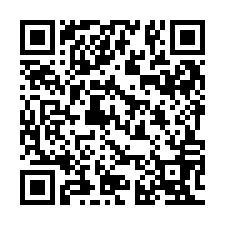