A land without borders »

A land without borders: my journey around East Jerusalem and the West Bank

Award-winning journalist and author Nir Baram spent a year and a half travelling around the West Bank and East Jerusalem. In this fascinating recount of that journey, Baram navigates the conflict-ridden regions and hostile terrain to speak with a wide range of people, among them Palestinian–Israeli citizens trapped behind the separation wall in Jerusalem and Jewish settlers determined to forge new lives on the West Bank.

Baram also talks to children on Kibbutz Nirim who lived through the war in Gaza, and ex-prisoners from Fatah who, after spending years detained in Israeli jails, are now promoting a peace initiative. And he returns again and again to Jerusalem, city of his birth, where a hushed civil war is in full swing.

A Land Without Borders is a clear-eyed, compassionate and essential guide to understanding a complex reality; a perceptive and sensitive exploration of a labyrinthine conflict and the experiences of the people ensnared in it, by one of the most distinctive writers working in Israel today.

Nir Baram was born into a political family in Jerusalem in 1976. His grandfather and father were both ministers in Israeli Labor Party governments. He has worked as a journalist and an editor, and as an advocate for equal rights for Palestinians. He is the author of five novels, including Good People, which was translated into English for the first time in 2016. His novels have been translated into more than ten languages and received critical acclaim around the world. He has been shortlisted several times for the Sapir Prize and in 2010 received the Prime Minister's Award for Hebrew Literature.

'An honest and troubling snapshot of Israel...From horror to fatigue to indifference, an important look forward and back that provides a grass-roots sense that one state needs to satisfy sovereignty for all.' STARRED Review, Kirkus Reviews

'One of the most intriguing writers in Israeli literature today.' Haaretz

'Quite possibly, Dostoyevsky would write like this if he lived in Israel today.' Frankfurter Allgemeine Zeitung on Good People

'An engaging, fast-paced odyssey that conveys an intimate understanding of why peace remains so elusive...Nir Baram does what more people in the region should undertake: a grand listening tour that encompasses all sides of the conflict. The author is a good listener, too, albeit one who isn't afraid to ask hard questions.' Christian Science Monitor

'Baram brings an open heart and mind to exploring the difficulties of coexistence where physical and emotional walls do harm on both sides, reaching beyond headline to explore the lives of Palestinians and Jews of different generations.' Booklist

'For all outside of the land who bandy Israel/Palestine talking points about—indeed, for those in it who rarely interact with those on the other side—these raw perspectives are a necessary introduction to the incredibly complex nature of the current divide.' Foreword Reviews [4 stars]

'Nir Baram is an Israeli novelist, a highly respected journalist and an accomplished editor. So it is hardly surprising that his
description of his journey around East Jerusalem and the West Bank is eminently readable, although much of what he recounts is worrying enough to give the reader many sleepless nights despite the shafts of optimism that occasionally shine through the text.' Arts Hub

'An essential guide to the human elements of... 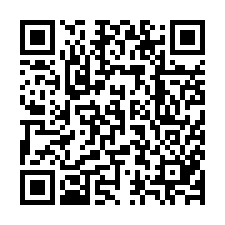