A WHIRLWIND OF ADVENTURE"Fast-paced and fascinating as Jaya's investigation leads her this time to India and back to her own family's secrets." —Susan C. Shea, Author of the Dani O'Rourke MysteriesA century-old treasure map of San Francisco's Barbary Coast. Sacred riches from India. Two murders, one hundred years apart. And a love triangle... Historian Jaya Jones has her work cut out for her. 1906. Shortly before the Great San Francisco Earthquake, Pirate Vishnu strikes the San Francisco Bay. An ancestor of Jaya's who came to the U.S. from India draws a treasure map... Present Day. Over a century later, the cryptic treasure map remains undeciphered. From San Francisco to the southern tip of India, Jaya pieces together her ancestor's secrets, maneuvers a complicated love life she didn't count on, and puts herself in the path of a killer to restore a revered treasure. Praise for PIRATE VISHNU:"Forget about Indiana Jones. Jaya Jones is swinging into action, using both her mind and wits to solve a mystery...Readers will be ensnared by this entertaining tale. Four stars." – RT Book Reviews "Pandian's second series entry sets a playful tone yet provides enough twists to keep mystery buffs engaged, too. The author streamlines an intricate plot....[and] brings a dynamic freshness to her cozy." – Library Journal"A delicious tall tale about a treasure map, magicians, musicians, mysterious ancestors, and a few bad men." – Mystery Scene Magazine"Move over Vicky Bliss and Joan Wilder, historian Jaya Jones is here to stay! Mysterious maps, legendary pirates, and hidden treasure—Jaya's latest quest is a whirlwind of adventure." — Chantelle Aimée Osman of The Sirens of Suspense"Jaya Jones is a young academic detective with no equal in terms of wits, style and creativity...I applaud author Gigi Pandian for unearthing the forgotten history of India's first immigrants to the United States and serving it up with plenty of suspense, humor and bhangra beats. If you are searching for a spicy new amateur sleuth series, this is the one." — Sujata Massey, Author of The Sleeping Dictionary and the Rei Shimura Mysteries"Globe-trotting historian Jaya Jones is off on another treasure hunt and it's a worthy follow-up to Gigi Pandian's award-winning debut mystery, Artifact. Pirate Vishnu is fast-paced and fascinating as Jaya's investigation leads her this time to India and back to her own family's secrets." —Susan C. Shea, Author of the Dani O'Rourke MysteriesBooks in the Jaya Jones Treasure Hunt Mystery Series:FOOL'S GOLD (Novella prequel to ARTIFACT featured in OTHER PEOPLE'S BAGGAGE) ARTIFACT (#1)PIRATE VISHNU (#2)Part of the Henery Press Mystery Series Collection, if you like one, you'll probably like them all...Author Bio: Gigi Pandian is the child of cultural anthropologists from New Mexico and the southern tip of India. After being dragged around the world during her childhood, she tried to escape her fate when she left a PhD program for art school. But adventurous academic characters wouldn't stay out of her head. Thus was born the Jaya Jones Treasure Hunt Mystery Series. The first book in the series, Artifact, was awarded a Malice Domestic Grant and named a "Best of 2012" debut novel by Suspense Magazine. The follow-up is Pirate Vishnu. Gigi loves writing locked-room mystery short stories. Her latest, "The Hindi Houdini," was an Agatha Award nominee for Best Short Story. 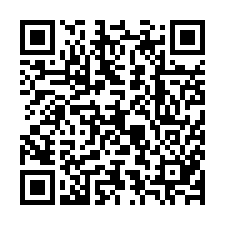