A little revenge: Benjamin Franklin and His Son

Almost everyone is familiar with the accomplishments of Benjamin Franklin, but few know that he had an illegitimate son named William, an intelligent young man who first served his father as a military adviser, legal counsel, and pamphleteer, eventually rising to be Royal Governor of New Jersey, only to become his father's implacable enemy. A Little Revenge is the untold story of the tortured relationship between these two extraordinary men. Benjamin hoped that through William he could found a political dynasty that would rival that of the Adams family.

But when the American Revolution broke out and William refused to follow his father and remained loyal to the British Crown, an enmity developed that was frightening in its ferocity. When William was captured by the rebels, his father made sure he was confined to a notorious prison and intervened in Washington's attempt to free William through an exchange of prisoners. Once William did secure his freedom, he became deeply involved in the illegal execution of rebel prisoners. William was exiled to Britain, and he and Benjamin lived out their lives without ever forgiving the other. In fact, after the Revolution, they spoke only once to each other.

A Little Revenge reveals a whole other aspect to the American mythology of Benjamin Franklin and is a brand-new portrait of his fascinating son. 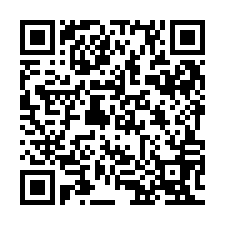