From the Pulitzer Prize–winning author of The Fifties: An "intimate and monumental" account of the people at the core of the civil rights movement (Publishers Weekly).

The young men and women at the heart of David Halberstam's brilliant and poignant The Children came together through Reverend James Lawson's workshops on nonviolence. Idealistic and determined, they showed unwavering bravery during the sit-ins at the Nashville lunch counters and on the Freedom Rides across the South—all chronicled here with Halberstam's characteristic clarity and insight. The Children exhibits the incredible strength of generations of black Americans, who sacrificed greatly to improve the world for their children. Following Diane Nash, John Lewis, Gloria Johnson, Bernard Lafayette, Marion Barry, Curtis Murphy, James Bevel, and Rodney Powell, among others, The Children is rooted in Halberstam's coverage of the civil rights movement for Nashville's Tennessean. A New York Times Notable Book, this volume garnered extraordinary acclaim for David Halberstam, the #1 New York Times–bestselling author of The Best and the Brightest. Upon its publication, the Philadelphia Inquirer called it "utterly absorbing . . . The civil rights movement already has produced superb works of history, books such as David J. Garrow's Bearing the Cross and Taylor Branch's recently published Pillar of Fire. . . . Halberstam adds another with The Children."

This ebook features an extended biography of David Halberstam. 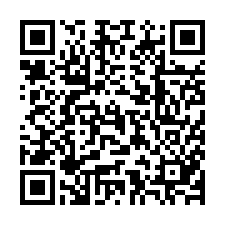