Eventually one dreams the... »

Eventually one dreams the real thing

A starred review in Library Journal says this about Eventually One Dreams the Real Thing: “Only a poet as accomplished as Boruch could make such beautiful verse while leading us through the everyday, of life's subtle, steady shiftings ('the bird's hunger, seeking shape'). If the opening image of a pool filled with cruelly dredged up roses bespeaks quiet assent ('I stood before them the way an animal/ accepts sun'), the next poem turns immediately to progress (and hence progression) as a modern invention beyond the heaven-and-hell alternatives; finally, the poet concedes, 'I lose track of my transitions.' In fact, transition defines us. Here, a static painting gives way to 'between and among,' a simple typeface never yields a perfect copy, and even in a medieval score, two exquisite quavers are connected by a slur. Highly recommended."

"Marianne Boruch's work has the wonderful, commanding power of true attention: She sees and considers with intensity."—The Washington Post

"Boruch refuses to see more than there is in things—but her patience, her willingness to wait for the film of familiarity to slip, allows her to see what is there with a jeweler's sense of facet and flaw."—Poetry

In her tenth volume of poetry, Marianne Boruch displays a historical omnipresence, as she converses with Dickinson, envisions Turner painting, and empathizes with Arthur Conan Doyle. She looks unabashedly at the brutality of recent history, from drone warfare to the disaster in New Orleans from Hurricane Katrina. Poems that turn her gaze towards childhood, nature, animals, and her own poetics are patches of light in the collection's chiaroscuro.

From "Before and Every After":

Eventually one dreams the real thing.

The cave as it was, what we paid to straddlea skinny box-turned-seat down the middle, narrow boatmade special for the state park, the wet, the tricky

passing into rock and underground river.

A single row of strangers faced front, each of usbehind another closeas dominoes to fall or we were angels lined uppolitely, pre-flight...

Marianne Boruch is the author of ten collections of poetry. She is the 2013 recipient of the Kingsley Tufts Poetry Award, and has taught at Purdue University since the inception of their MFA program. She lives in West Lafayette, Indiana. 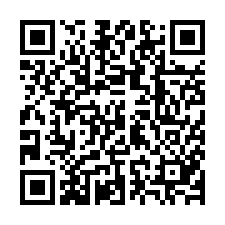