The flying Troutmans: A Novel

Description
Meet the Troutmans. Hattie’s boyfriend has just dumped her, her sister Min’s back in the psych ward, and Min’s kids, Logan and Thebes, are not talking and talking way too much, respectively. Then there’s the past, in which Min tried to kill Hattie once and to kill herself a lot, in which Min threw the kids’ father out of the house, in which Hattie dropped out of school, in which Logan and his friends kidnapped a friend and drove around town with him in the trunk, and in which Thebes frequently impersonated their insane mom in order to cut class.
When Hattie returns to take care of her niece and nephew, she’s rapidly freaked out by the realization that the responsibility is in fact far greater than she’d expected, and she decides to take the kids in the family van to find their father, last heard to be running an idiosyncratic art gallery in South Dakota. What ensues is a remarkable journey across the United States, as aunt and kids discover one another to be both far crazier and far more normal than any of them thought.
Also in This Series 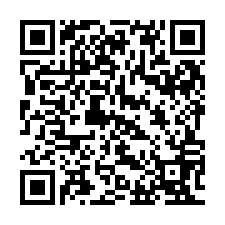