Serving crazy with curry: a novel

Description
Between the pressures to marry and become a traditional Indian wife and the humiliation of losing her job in Silicon Valley, Devi is on the edge--where the only way out seems to be to jump. . . .Yet Devi's plans to "end it all" fall short when she is saved by the last person she wants to see: her mother. Forced to move in with her parents until she recovers, Devi refuses to speak. Instead, she cooks . . . nonstop. And not the usual fare, but off the wall twists on Indian classics, like blueberry curry chicken or Cajun prawn biryani. Now family meals are no longer obligations. Devi's parents, her sister, and her brother-in-law can't get enough--and they suddenly find their lives taking turns as surprising as the impromptu creations Devi whips up in the kitchen each night. Then a stranger appears out of the blue. Devi, it appears, had a secret--one that touches many a nerve in her tightly wound family. Though exposing some shattering truths, the secret will also gather them back together in ways they never dreamed possible.Interspersed with mouthwatering recipes, this story mixes humor, warmth, and leap-off-the-page characters into a rich stew of a novel that reveals a woman's struggle for acceptance from her family and herself.From the Trade Paperback edition.
Also in This Series 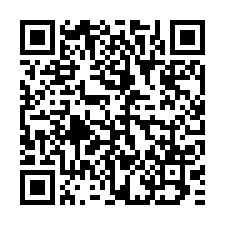