The gardens of consolation »

The gardens of consolation

Description
A Publisher's Weekly Best Book of 2016
Parisa Reza has written a powerful love story filled with scenes of hope and heartbreak centered around an Iranian woman named Talla, "a formidable and hard-to-forget heroine (Publisher's Weekly)," whose pursuit for a better life runs with the backdrop of a rapidly changing Iran.
In the early 1920s, in the remote village of Ghamsar, Talla and Sardar, two teenagers dreaming of a better life, fall in love and marry. Sardar brings his young bride with him across the mountains to the suburbs of Tehran, where the couple settles down and builds a home. From the outskirts of the capital city, they will watch as the Qajar dynasty falls and Reza Khan rises to power as Reza Shah Pahlavi.
Into this family of illiterate shepherds is born Bahram, a boy whose brilliance and intellectual promise are apparent from a very young age. Through his education, Bahram will become a fervent follower of reformer Mohammad Mosaddegh and will participate first-hand in his country's political and social upheavals.
Also in This Series 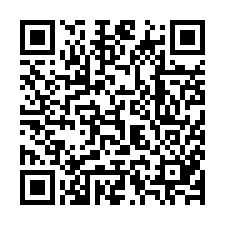