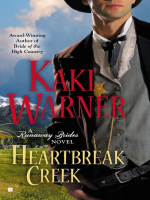 Description
Four unlikely brides make their way west—and find love where they least expect it in award-winner Kaki Warner’s heartwarming series, one “as stellar as her Blood Rose trilogy…”* For fans of Linda Lael Miller and Jodi Thomas...Edwina Ladoux hoped becoming a mail-order bride would be her way out of the war-torn South, but as soon as she arrives in Heartbreak Creek, Colorado, and meets her hulking, taciturn groom, she realizes she’s made a terrible mistake. Declan Brodie already had one flighty wife who ran off with a gambler before being killed by Indians. He’s hoping for a practical farm woman who can corral his four rambunctious children. Instead, he gets a skinny Southern princess who doesn’t even know how to cook.Luckily, Edwina and Declan agreed on a three-month courtship period, allowing them time to get the proxy marriage annulled. Yet as the weeks pass, thoughts of annulment turn into hopes for a real marriage—until the unspeakable happens, and suddenly Declan is torn between duty and desire, and Edwina has to fight for the family she’s grown to love…*The Romance Dish
Also in This Series 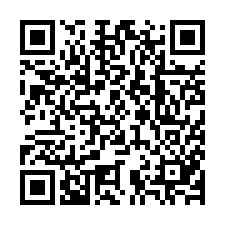