The birthday present: a novel

Description
A deft, insightful, and compulsively readable exploration of obsessive desire—and the dark twists of fate that can shake the lives of even those most insulated by privilege, sophistication, and power.Ivor Tesham is a handsome, single, young member of Parliament whose political star is on the rise. When he meets a woman in a chance encounter—a beautiful, leggy, married woman named Hebe—the two become lovers obsessed with their trysts, spiced up by what the newspapers like to call "adventure sex." It's the dress-up and role-play that inspire Ivor to create a surprise birthday present for his beloved that involves a curbside kidnapping. It's all intended as mock-dangerous foreplay, but then things take a dark turn. After things go horribly wrong, Ivor begins to receive anonymous letters that reveal astonishingly speciﬁc details about the affair and its aftermath. Somehow he must keep his role from being uncovered—and his political future from being destroyed by scandal. Like a heretic on the inquisitor's rack, Ivor is not to be spared the exquisitely slow and tortuous unfolding of events, as hints, nuances, and small revelations lay his darkest secrets hideously bare for all the world to see.
Also in This Series 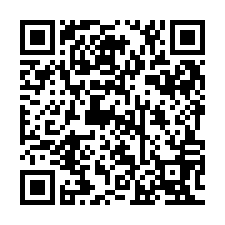