Former beauty queen and fledgling private investigator, Madeline Maclin, has married her best friend, Jerry Fairweather, and settled into his old house in the small town of Celosia, North Carolina. Lately, she's been concerned that quiet small town life isn't enough for Jerry, who has given up his cons and schemes but not his phony séances.

But business calls, and Madeline soon becomes involved in the mysterious death of Amelia Lever, an unpopular teacher at Celosia Elementary School, whose cigarette break turned out to be fatal. However, Maddy isn't convinced it was a natural death. Grumpy, uncooperative Amelia Lever was despised by the faculty, mainly for voting against grant proposals. And her grown sons don't seem very upset by her death. And then there's her latest case. Nathan Fenton has hired Madeline to help solve a riddle left to him by his Uncle Elijah, a man who loved to play games. The riddle says: "From west to east the river flows, from ancient times the sparrow flies. Trust animals that live in packs, and listen where the portrait lies."

Are the teacher's death and this mysterious riddle somehow related? 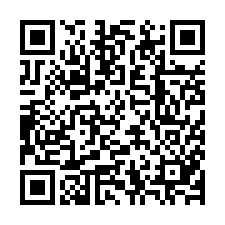