Description
A thrilling account of treachery, loyalty and martyrdom in Elizabethan England from an exceptional new writer. As darkness fell on the evening of Friday, 28 October 1588, just weeks after the defeat of the Spanish Armada, two young Englishmen landed in secret on a Norfolk beach. They were Jesuit priests. Their aim was to achieve by force of argument what the Armada had failed to do by force of arms: return England to the Catholic Church. Eighteen years later their mission had been shattered by the actions of a small group of terrorists, the Gunpowder Plotters; they themselves had been accused of designing 'that most horrid and hellish conspiracy'; and the future of every Catholic they had come to save depended on the silence of an Oxford joiner, builder of priest-holes, being tortured in the Tower of London. 'God's Secret Agents' tells the story of Elizabeth's 'other' England, a country at war with an unseen enemy, a country peopled – according to popular pamphlets and Government proclamations – with potential traitors, fifth-columnists and assassins. And it tells this story from the perspective of that unseen 'enemy', England's Catholics, a beleaguered, alienated minority, struggling to uphold its faith. Ultimately, 'God's Secret Agents' is the story of men who would die for their cause undone by men who would kill for it.
Also in This Series 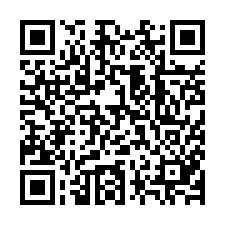