Stranger to history: a son's journey through Islamic lands

Description
As a child, all Aatish Taseer ever had of his father was his photograph in a browning silver frame. Raised by his Sikh mother in Delhi, his Pakistani father remained a distant figure, almost a figment of his imagination, until Aatish crossed the border when he was twenty-one to finally meet him. In the years that followed, the relationship between father and son revived, then fell apart. For Aatish, their tension had not just to do with the tensions of a son rediscovering his absent father -- they were intensified by the fact that Aatish was Indian, his father Pakistani and Muslim. It had complicated his parents' relationship; now it complicated his. The relationship forced Aatish to ask larger questions: Why did being Muslim mean that your allegiances went out to other Muslims before the citizens of your own country? Why did his father, despite claiming to be irreligious, describe himself as a 'cultural Muslim'? Why did Muslims see modernity as a threat? What made Islam a trump identity? Stranger to History is the story of the journey Aatish made to answer these questions -- starting from Istanbul, Islam's once greatest city, to Mecca, its most holy, and then home, through Iran and Pakistan. Ending in Lahore, at his estranged father's home, on the night Benazir Bhutto was killed, it is also the story of Aatish's own divided family over the past fifty years. Part memoir, part travelogue, probing, stylish and troubling,
Also in This Series 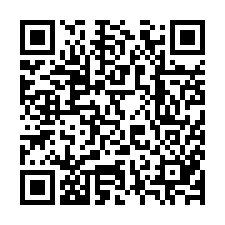