Life after: a novel

Description
"An intense novel of loss, betrayal, and rising to face the ashes, Christy Award-winner Katie Ganshert's powerful contemporary fiction reminds readers that there's always a chance at new life and love ... It could have been me. Snow whirls around an elevated train platform in Chicago. A distracted woman boards the train, takes her seat, and moments later a fiery explosion rips through the frigid air, tearing the car apart in a horrific attack on the city's transit system. One life is spared. Twenty-two are lost. A year later, Autumn Manning can't remember the day of the bombing and she is tormented by grief--by guilt. Twelve months of the question constantly echoing. Why? Why? Why? Searching for answers, she haunts the lives of the victims, unable to rest. Paul Elliott lost his wife in the train bombing and wants to let the dead rest in peace, undisturbed and unable to cause more pain for his loved ones. He wants normalcy for his twelve year-old daughter and young son, to see them move beyond the heartbreak. But when the Elliotts and Autumn are unexpectedly forced together, he fears she'll bring more wreckage in her wake. In Life After, Katie Ganshert's most complex and unforgettable novel yet, the stirring prose and authentic characters pose questions of truth, goodness, and ultimate purpose in this emotionally resonant tale"--
Also in This Series 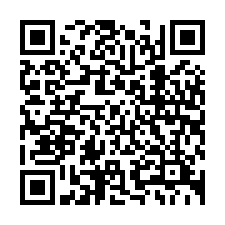