Description
"Danny Lynch didn't sign up for this, but right now, this line cook gig is all he's got. Things were fine more or less until three weeks ago, when he was suddenly terminated from his job as a civilian contractor. Now his ex-employer is on his back, and he's lucky to have found the job he has: chopping vegetables at a stuffy Midtown restaurant, for ten, mind-numbing hours almost every single day. His saving grace is a sight-line from the kitchen to the dining area that allows him a window into the lives of Barcadero's flashy clientele which, he soon discovers, includes a man who is the mirror image of himself. Teddy Trager is a young venture capitalist, the co-founder of a billion dollar empire called Paradime Capital. He has everything Danny never knew he wanted a cashmere suit, a gorgeous girlfriend and the more Danny finds out about him, the more fixated he becomes. Told in a voice that echoes Edgar Finalist Alan Glynn's debut novel that became the basis for the major-motion-picture-turned-CBS-series, Limitless Paradime is a harrowing story of identity crisis in the twenty-first century that thrills from page one. - Orphan Black by way of Alfred Hitchcock"--
Also in This Series 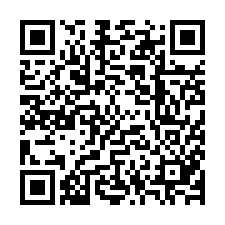