Unscaled: how AI and a new generation of upstarts are creating the economy of the future

Description
"In Unscaled, Hemant Taneja convincingly shows how the twin forces of technology and economics are unraveling behemoth industries--including corporations, banks, farms, media conglomerates, energy systems, governments, and schools--that have long dominated business and society. Size and scale have become a liability. A new generation of upstarts is using artificial intelligence to automate tasks that once required expensive investment, and "renting" technology platforms to build businesses for hyper-focused markets, enabling them to grow big without the bloat of giant organizations. The unscaled phenomenon is what allowed companies such Warby Parker to cheaply and easily start a small company, build a better product, and become a global competitor in no time, upending entrenched eyewear giant Luxottica. It similarly enabled Stripe to take on established payment processors throughout the world, and Livongo to help diabetics control their disease while simultaneously cutting the cost of treatment. The unscaled economy is remaking massive, deeply-rooted industries and opening up fantastic possibilities for entrepreneurs, imaginative companies and resourceful individuals. But beyond that, it can be the model for solving some of the world's greatest problems, including climate change and soaring healthcare costs, potentially reversing many of the ills brought on by mass industrialization"--
Also in This Series 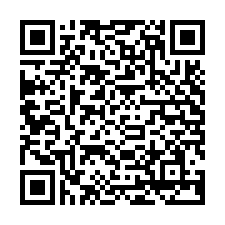