Devil at my heels »

Devil at my heels: a heroic Olympian's astonishing story of survival as a Japanese POW in World War II

Description
A youthful troublemaker, a world-class NCAA miler, a 1936 Olympian, a WWII bombardier: Louis Zamperini had a fuller life than most. But on May 27, 1943, it all changed in an instant when his B-24 crashed into the Pacific Ocean, leaving Louis and two other survivors drifting on a raft for forty-seven days and two thousand miles, waiting in vain to be rescued. And the worst was yet to come when they finally reached land, only to be captured by the Japanese. Louis spent the next two years as a prisoner of war--tortured and humiliated, routinely beaten, subjected to medical experiments, starved and forced into slave labor--while the Army Air Corps declared him dead and sent official condolences to his family. This is the remarkable true story of accomplishment, glory, disaster, survival, and true heroism made famous by Laura Hillenbrand in her #1 "New York Times" bestseller "Unbroken." Told in Louis Zamperini's own words, "Devil at My Heels" is a stirring memoir from one of the greatest of the "Greatest Generation," a living document about the brutality of war, the tenacity of the human spirit, and the power of forgiveness.
Also in This Series 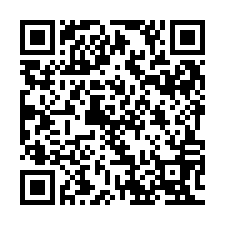