City of sedition: the history of New York City during the Civil War

Description
In a single definitive narrative, City of Sedition tells the spellbinding story of the huge-and hugely conflicted-role New York City played in the Civil War.
No city was more of a help to Abraham Lincoln and the Union war effort, or more of a hindrance. No city raised more men, money, and materiel for the war, and no city raised more hell against it. It was a city of patriots, war heroes, and abolitionists, but simultaneously a city of antiwar protest, draft resistance, and sedition.
Without his New York supporters, it's highly unlikely Lincoln would have made it to the White House. Yet, because of the city's vital and intimate business ties to the Cotton South, the majority of New Yorkers never voted for him and were openly hostile to him and his politics. Throughout the war New York City was a nest of antiwar "Copperheads" and a haven for deserters and draft dodgers. New Yorkers would react to Lincoln's wartime policies with the deadliest rioting in American history. The city's political leaders would create a bureaucracy solely devoted to helping New Yorkers evade service in Lincoln's army. Rampant war profiteering would create an entirely new class of New York millionaires, the "shoddy aristocracy." New York newspapers would be among the most vilely racist and vehemently antiwar in the country. Some editors would call on their readers to revolt and commit treason; a few New Yorkers would answer that call. They would assist Confederate terrorists in an attempt to burn their own city down, and collude with Lincoln's assassin.
Here in City of Sedition, a gallery of fascinating New Yorkers comes to life, the likes of Horace Greeley, Walt Whitman, Julia Ward Howe, Boss Tweed, Thomas Nast, Matthew Brady, and Herman Melville. This book follows the fortunes of these figures and chronicles how many New Yorkers seized the opportunities the conflict presented to amass capital, create new industries, and expand their markets, laying the foundation for the city's-and the nation's-growth. WINNER OF THE FLETCHER PRATT AWARD FOR BEST NON-FICTION BOOK
Also in This Series

Part I. Before: city of confusion
My God, we are ruined!
City of slavery
City of confusion
The great riot year
The war of the pennies
Immigrants and Know-Nothings
A trio of Tammany rogues
Lurching toward the precipice
Riot and outrage
From New York to bleeding Kansas
Leaves of Grass
Hard times and high
Murder and rebellion
Slave ships
The tall, dark horse stranger
City of secession
Part II. During: city of sedition
The tempest bursting
War! war!! war!!!
New York to the rescue
Immigrants join the fight
The first to fall
Seeing the elephant, or, the great skedaddle
The hyenas of war
The shoddy aristocracy
We are coming, Father Abraham
Three cheers for Ericsson
I goes to fight mit Sigel
The dead of Antietam
Sambo's right to be kilt
Burnside falls, Sickles rises
Grafted into the army
Dan Sickles, hero or villain?
The volcano erupts
Tweed to the rescue
The fire in the rear
New York City's burning
Last acts
A "hippodrome of sorrow"
Part III. After: city of gilt
The postwar boom
Anything to beat Grant
Scandals and scams
Old soldiers
Epilogue.
Excerpt
Loading Excerpt...
Author Notes
Loading Author Notes...
Subjects
Subjects
History
New York (N.Y.) -- History -- Civil War, 1861-1865
Nonfiction
More Details
ISBN:
9781455584185
9781455537273
Similar Series From NoveList
Similar Titles From NoveList
Similar Authors From NoveList
Librarian Reviews
Published Reviews
Reviews from GoodReads
Loading GoodReads Reviews.
Staff View 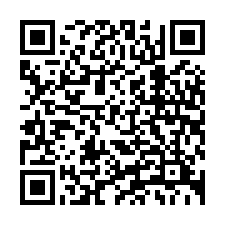