"Jim Harrison is a writer with immortality in him." —The Times (London)|

Named to the Notable Books of the Year lists from The Kansas City Star and the Michigan Library Association.

"Jim Harrison is a writer with immortality in him."—The Times (London)

"This is [Harrison's] most robust, sure-footed, and blood-raising poetry collection to date."—Booklist

Jim Harrison—one of America's most beloved writers—calls his poetry "the true bones of my life." Although he is best known as a fiction writer, it is as a poet that Publishers Weekly famously called him an "untrammeled renegade genius."

Saving Daylight, Harrison's tenth collection of poetry, is his first book of new poems in a decade. All of Harrison's abundant passions for life are poured into suites, prose poems, letter-poems, and even lyrics for a mariachi band.

The subjects and concerns are wide-ranging—from the heart-rending "Livingston Suite," where a boy drowns in the local river and the body is discovered by the poet's wife—to some of the most harrowing political poems of Harrison's career. There is also a cast of creature characters—bears, dogs, birds, fish—as well as the woodlands, thickets, and occasional cities of Arizona, Montana, Michigan, France, and Mexico.

"Imagination is my only possession," Harrison once said. And Saving Daylight is an imagination in full, exuberant bloom.

Jim Harrison is the author of over thirty books of poetry, fiction, and nonfiction. His work has been translated into dozens of languages. Born and raised in Michigan, he now lives in Montana and Arizona. 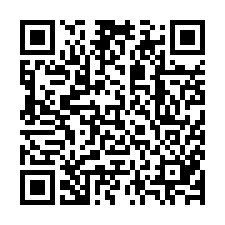