“LaSalle's [stories] transcend their particulars to show people with dreams, dilemmas, and disappointments that will move any reader." —Jhumpa Lahiri, Harvard Review
“Haunting and evocative. . . . LaSalle's prose is lyrical, at times rhapsodic, and his characters memorable." —Kirkus Reviews (starred review)
The twelve stories of Sleeping Mask, written in propulsive, fluid prose, introduce readers to remarkable characters. They include a child soldier sent to raid a girls' boarding school, a Virginia Woolf scholar surviving cancer, a desperate writer living under fascism in a futuristic Latin America, the spirits of recently deceased college students on a tour of the Musée d'Orsay in Paris, and a middle-aged man transported back to his childhood, where he is led out to sea by his mother's ghost.
LaSalle's tantalizing “fictions" are evocative of many of the great innovators of postmodern literature, from Borges to Nabokov, while charting a path entirely their own. Through all of their stylistic pyrotechnics these stories never forsake rich characterization and plotting to probe the deepest parts of the contemporary human condition, such as the nature of erotic desire, the legacy of art and artistry, the power of grief and fear, and the horror of war and violence.
Peter LaSalle is the author of several books of fiction, including the story collections Tell Borges If You See Him, recipient of he Flannery O'Connor Award, and What I Found Out About Her, winner of the Richard Sullivan Prize in Short Fiction. He lives in Austin, Texas, where he is a member of the creative writing faculty at the University of Texas, and Narragansett, in his native Rhode Island. 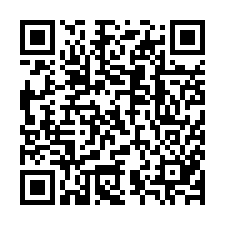