Ellen Crosby's third tale of suspense set amid the vines of Virginia wine country involves a two-hundred-year-old bottle of Bordeaux that Thomas Jefferson may have purchased for George Washington and is turning out to be a wine to die for.

It has been a year since Lucie Montgomery took over running her family vineyard at the foothills of Virginia's Blue Ridge Mountains. The Bordeaux Betrayal now sweeps her into a mystery that began more than two centuries ago in France and ends in murder not far from Montgomery Estate Vineyard.

When author and historian Valerie Beauvais turns up dead the night after a verbal brawl with a noted wine critic on the grounds of Mount Vernon, George Washington's home, Lucie is certain Valerie's death is related to something she knew concerning the authenticity of the priceless Washington Bordeaux.

As Lucie and her eccentric winemaker Quinn Santori bring in the last grapes of the season, Quinn's controversial past becomes intertwined with the murder and the rare wine, testing the bonds of their increasingly close relationship. New neighbors challenge Lucie for allowing a century-old hunting club to use her land for foxhunting; Mick Dunne, Lucie's ex-lover, comes back into her life; and her beloved French grandfather makes an unexpected visit that will rekindle painful memories some would prefer to forget.

As Lucie investigates the shadowy history of the Washington wine, she uncovers a web of deceit and betrayal and a long-forgotten scandal that affects not only the international wine world but her own as well 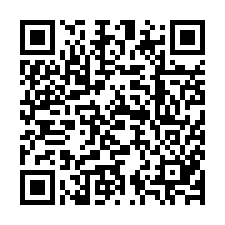