In this novel from New York Times–bestselling author of A Woman of Substance, a face from the past sparks a TV reporter's quest to solve a baffling mystery. Nicky Wells has two passions—her career as a hard-hitting TV news correspondent, and her fiancé, British aristocrat Charles Devereaux. Though Nicky has faced war zones, she is unable to face Charles's tragic death. Then, three years later—while covering the protests in Tiananmen Square—she lets herself be seduced into a romantic interlude with a longtime friend, photographic journalist Cleeland Donovan. Now Nicky wonders if she's ready to face a new future . . . until she spots a man who looks eerily like Charles. Rushing headlong into a mystery that will take her from New York to London, Rome, and Madrid, Nicky finds herself unraveling evidence of Charles's disturbing double life—and questioning everything she thought she knew about him, and herself. "Bradford brings the characters . . . to life with knowledge, insight, caring and a subliminal POW!" —Detroit Free Press "[Bradford] is one of the world's best at spinning yarns." —The Guardian 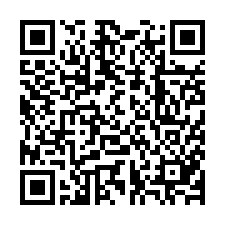