Till I kissed you »

Till I kissed you

Description
Regan Lovell grew up on the wealthy Mississippi side of Cottonbloom--and now, as mayor, she's determined to save it from the fate of so many small towns. Part of her plan to help the local economy is the Labor Day tomato festival. If only she wasn't being undermined by Sawyer Fournette, who's planning a crayfish-themed celebration on the Louisiana side of the river on the very same weekend. The pranks and sabotage are getting out of hand, and she's had it with him--no matter how much she enjoyed those stolen hours in his truck bed, so many years ago. Sawyer knows that Regan''s never forgiven him for breaking her heart--but despite his reputation as a low-class swamp rat, hed never hurt the woman who still secretly drives him crazy with desire. Someone in Cottonbloom has it out for her, though, and Sawyer intends to watch her back ...and the rest of her too, if she can ever let go of her distrust. But will a common enemy be enough to unite the--and finally fulfill the promises they made one passionate night under the stars?--cover.
Also in This Series 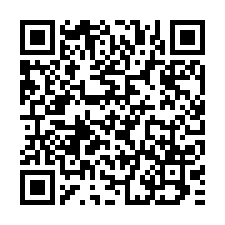