Cassino to the Alps »

Cassino to the Alps

Description
[Includes 16 maps and 94 illustrations]. "Wars should be fought," an American corps commander noted in his diary during the campaign in Italy, "in better country than this." It was indeed an incredibly difficult place to fight a war. The Italian peninsula is only some 150 miles wide, much of it dominated by some of the world's most precipitous mountains. Nor was the weather much help. It seemed to those involved that it was always either unendurably hot or bone-chilling cold. Yet American troops fought with remarkable courage and tenacity, and in company with a veritable melange of Allied troop... Despite the forbidding terrain, Allied commanders several times turned it to their advantage, achieving penetrations or breakthroughs over some of the most rugged mountains in the peninsula. To bypass mountainous terrain, the Allies at times resorted to amphibious landings, notably at Anzio...The campaign involved one ponderous attack after another against fortified positions: the Winter Line, the Gustav Line, the Gothic Line... It was also a campaign replete with controversy...Most troublesome of the questions that caused controversy were: Did the American commander, Mark Clark, err in focusing on the capture of Rome rather than conforming with the wishes of his British superior to try to trap retreating German forces? Did Allied commanders conduct the pursuit north of Rome with sufficient vigor? Indeed, should the campaign have been pursued all the way to the Alps when the Allies might have halted at some readily defensible line and awaited the outcome of the decisive campaign in northwestern Europe? Just as the campaign began on a note of covert politico-military maneuvering to achieve surrender of Italian forces, so it ended with intrigue and secret negotiations for a separate surrender of the Germans in Italy.
Also in This Series 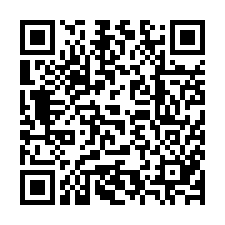