The golden scales: a Makana mystery

Description
"The ancient city of Cairo is a feverish tangle of the old and the new, of the superrich and the desperately poor, with inequality and corruption everywhere. It's a place where grudges and long-buried secrets can fester, and where people can disappear in the blink of an eye. Makana, a former Sudanese police inspector forced to flee to Cairo, is now struggling to make ends meet as a private detective. In need of money, he takes a case from the notoriously corrupt mogul Saad Hanafi, owner of a Cairo soccer team, whose star player, Adil Romario, has gone missing. Soon, Makana is caught up in a mystery that takes him into the treacherous underbelly of his adopted city, encountering Muslim extremists, Russian gangsters, vengeful women, and a desperate mother hunting for her missing daughter-a trail that leads him back into his own story, stirring up painful personal memories and bringing him face-to-face with an old enemy from his past... Published on the anniversary of the revolution in Egypt, The Golden Scales is an elegantly written, thrilling story set in a city of upheaval, chaos, and corruption"--
Also in This Series 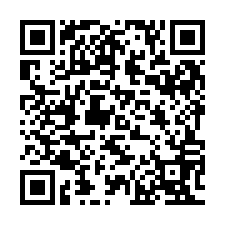