Under the benign watch of Police Chief Arly Hanks, things are pretty quiet in the sleepy Arkansas town of Maggody these days. Not even the prospect of a historical society-funded Civil War documentary on the locally touted (albeit historically insignificant) Skirmish at Cotter's Ridge of 1863 does much to stir up the denizens of this sleepy backwoods town. What does finally get the rumor mill buzzing, however, is the revelation that two saddlebags of Confederate gold were hidden in a local cave to keep them from falling into Yankee hands. Once word gets out that the saddlebags were never recovered, almost everyone in town has a plan to get their hands on the lost gold.

Meanwhile, a colorful cast of outlanders has taken over Maggody. They include a dewy Charleston belle, a famous writer of historical romances, her ne'er-do-well son, and three dozen obsessive reenactors who have not yet acknowledged that the Civil War ended over a hundred years ago, as well as a documentary film crew and a handsome, if enigmatic, filmmaker with ties to Arly's past. Arly has more than enough on her hands trying to locate missing senior citizens and keeping the visitors from each other's throats, but when the genealogist of the Stump County Historical Society dies under questionable circumstances, and a member of the Buchanon clan is the victim of a vicious and fatal attack, Arly finds herself faced with the most baffling whodunit of her career, with a disgruntled ghost a possible prime suspect. 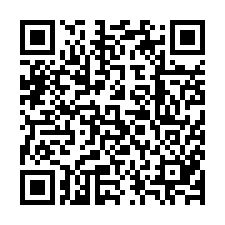