Description
"Welcome to the City Unspoken, where Gods and Mortals come to die. Contrary to popular wisdom, death is not the end, nor is it a passage to some transcendent afterlife. Those who die merely awake as themselves on one of a million worlds, where they are fated to live until they die again, and wake up somewhere new. All are born only once, but die many times. until they come at last to the City Unspoken, where the gateway to True Death can be found. Wayfarers and pilgrims are drawn to the City, which is home to murderous aristocrats, disguised gods and goddesses, a sadistic faerie princess, immortal prostitutes and queens, a captive angel, gangs of feral Death Boys and Charnel Girls. and one very confused New Yorker. Late of Manhattan, Cooper finds himself in a City that is not what it once was. The gateway to True Death is failing, so that the City is becoming overrun by the Dying, who clot its byzantine streets and alleys. and a spreading madness threatens to engulf the entire metaverse. Richly imaginative, David Edison's The Waking Engine is a stunning debut by a major new talent"--
Also in This Series 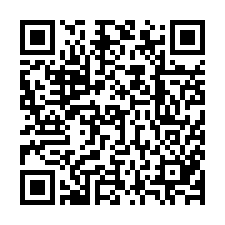