People are unappealing: even me 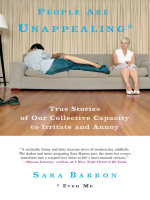 Description
Born the child of a homo and a hypochondriac (Okay, okay. Her dad's not really a homosexual. He just acts like it. Her mom, however, really is a hypochondriac), Sara Barron never stood a chance of being normal. At age eleven, she starts writing porn ("He humped me wildly with his wiener"). At twelve, she gets mistaken for a trannie. The pre-op sort, no less. By seventeen, she's featured on the Jerry Springer Show. And that's all before she hits New York.People Are Unappealing tells the strange, funny, and sometimes filthy stories of Sara Barron's twisted suburban upbringing and deranged attempt at taking the Big Apple by storm–first as an actor (then a waiter), then a dancer (then a waiter), then a comic (then a waiter). It's there that she meets the ex-boyfriend turned street clown. The silk pajama-clad poet. The OCD Xanax addict who refuses to have sex wearing any fewer than three condoms. Barron has a knack for attracting the unattractive. People Are Unappealing is her wickedly funny look at the dark side of humanity.
Also in This Series 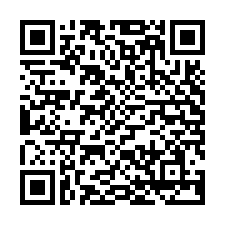