The brand new catastrophe: a memoir

Description
"Winner of the Center for Fiction's Doheny Prize Mike Scalise hits his stride in this page-turner of a memoir featuring a sudden and strange sequence of medical disasters. From its gripping ruptured-brain-tumor emergency room opening, through a series of medical procedures and oddball doctors, Scalise creates a sharply observed, uproariously funny, and deeply moving account of acromegaly, the hormone disorder best known for causing gigantism. Scalise weaves in meticulous research, social history, and vignettes about Andre the Giant and a variety of Hollywood acromegalic villains. He creates a narrative that is informative without feeling pedantic, demonstrating how he has marshaled the narrative of his life so that he can control it rather than being controlled by it. Although his medical story is the primary subject, the emotional engine driving the book is that of his relationship with his mother, a longtime sufferer in her own right, with a chronic cardiac condition likely exacerbated by her penchant for chain smoking and late-night white wine binges. Fraught, frustrating, and often very funny, Scalise's mother-often positioned as his competitor for the spotlight or the status of "best sick person"-winds up being the book's unlikely hero. Mike Scalise's work has appeared in Agni, Indiewire, the Paris Review, Wall Street Journal, and other places. He has received fellowships and scholarships from Bread Loaf, Yaddo, the Ucross Foundation, and was the Philip Roth Writer in Residence at Bucknell University. He lives in Brooklyn, New York"--
Also in This Series 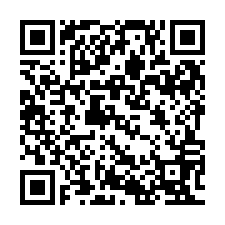