Virgin and other stories »

Virgin and other stories

Description
"A confident and mesmerizing fiction debut, from the winner of the Plimpton PrizeSet in the South, at the crossroads of a world that is both secular and devoutly Christian, April Ayers Lawson's stories evoke the inner lives of young women and men navigating sexual, emotional, and spiritual awakenings. In "The Negative Effects of Homeschooling," Conner, sixteen, accompanies his grieving mother to the funeral of her best friend, Charlene, a woman who was once a man. In "The Way You Must Play Always," Gretchen, who looks young even for thirteen, heads into her weekly piano lesson in nervous anticipation of her next illicit meeting with her teacher's brother, Wesley. Thin and sickly, wasting from a brain tumor, Wesley spends his days watching pornography and smoking pot, and yet Gretchen can only interpret his advances as the first budding of love. And in the title story, Jake grapples with the growing chasm between him and his wife, Leah, who was still a virgin when they wed. At a cocktail party thrown by a wealthy donor to his hospital, he ponders the intertwining imperatives of marriage--sex and love, violation and trust, spirituality and desire--even as he finds himself succumbing to the temptations of his host.Self-assured and sensual, Virgin and Other Stories is the first work of a young writer of unusual mastery"--
Also in This Series 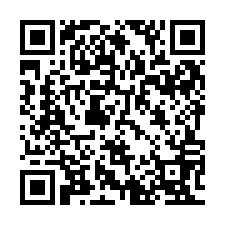