Being polite to Hitler »

Being polite to Hitler: a novel

Description
After teaching and raising her family for most of her life, Agnes Scofield realizes that she is truly weary of the routine her life has become. But how, at 51, can she establish an identity apart from what has so long defined her?
Often eloquent, sometimes blunt, and always full of fire, The Scofield clan is not a family that keeps its opinions to itself. As much as she'd like to, Agnes can no more deflect their adamant advice than she can step down as their matriarch. And despite her newfound freedom, Agnes finds herself becoming even more entangled in the family web. She shepherds her daughter-in-law, Lavinia, who moves in with her own two daughters to escape her husband's drinking. She puts out fires, smoothes fraying nerves, and, stunned as anyone, receives a marriage proposal. Having expected her life to become smaller, Agnes is amazed to see it grow instead.
Robb Forman Dew intricately weaves together personal and family life into a richly wrought tapestry of the country in the 1950s and beyond. Being Polite to Hitler is a moving, frank, and surprising portrait of post-World War II America.
Also in This Series 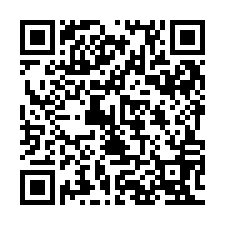