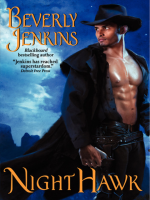 The premier name in African-American historical romance fiction, the incomparable Beverly Jenkins returns to the American West with Night Hawk—a blistering tale of high-stakes romance that unites a hard-as-nails bounty hunter with a gorgeous spitfire whom he rescues from a vigilante mob.

Outlaw.Preacher. Night Hawk. He's had many names, but he can't escape the past.

Since Ian Vance's beloved wife was murdered years ago, the hardened bounty hunter know she'll never feel love or tenderness again, so he's made it his mission to ensure others get their justice. But when he's charged with delivering a sharp-eyed beauty to the law, Ian can't help but feel he may still have something left to lose.

Orphaned at twelve, Maggie Freeman has always found her way out of trouble. But now there's a vigilante mob at her back who would like nothing more than to see her hang for a crime she didn't commit. Maggie may have to accept help for the first time in her life . . .even if it's from the one man standing between her and freedom. 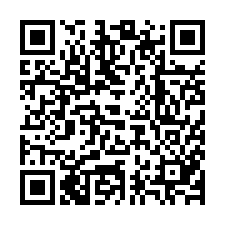