Cheat and charmer: a novel

Twenty-five years in the making, a first novel that has already been compared to The Sun Also Rises and The Last Tycoon, Cheat and Charmer is certain to be one of the most admired literary debuts of the season. Written by Pulitzer Prize--winning biographer Elizabeth Frank, Cheat and Charmer is a masterful and richly detailed work of fiction--a Tolstoyan novel of marriage, sisterhood, art, politics, compromise, and betrayal set in Hollywood, New York, Paris, and London of the 1950s.Dinah Lasker grew up in the shadow of her sister, Veevi, a stunning beauty and emerging star who enchanted both the Hollywood set and its imported New York literati. But Veevi's home was also a hotbed of political activity, owing to her marriage to Stefan Ventura, a Bulgarian filmmaker and high-profile Communist. At the end of the 1930s, when things go badly for him in Hollywood, Ventura and Veevi flee to Paris and into the lengthening shadows of Hitler and fascism.Cut to 1951, when Dinah is subpoenaed by the House Un-American Activities Committee, which threatens to ruin her husband, Jake, and derail his successful career as a Hollywood writer, producer, and director unless she cooperates. Can Dinah live with herself if she names Veevi--whom she both loves and loathes--in order to save her husband and preserve her idyllic married life? The choices Dinah makes set in motion an unforgettable chain of events. Like Anna Karenina, Dinah must face the consequences of her choices and her needs.Written with elegance and style, Cheat and Charmer grippingly dramatizes the interior lives of Dinah, Veevi, Jake, and their social circle. Spanning decades and following complex characters on their impassioned pursuits through America and Europe, this is a novel of grand scope, about love and deception, idealism and accommodation, the lies we live, and the truths we cannot avoid.From the Hardcover edition. 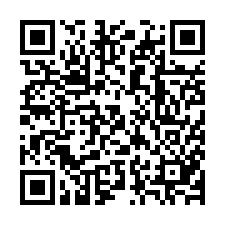