Wars of the Irish kings »

Wars of the Irish kings: a thousand years of struggle from the age of myth through the reign of Queen Elizabeth I

Description
For the first thousand years of its history, Ireland was shaped by its monasteries and its wars. The artistic flourishing of the monasteries has received a good deal of attention, but the violent and varied wars have in recent years gone unremembered. In Wars of the Irish Kings, David Willis McCullough has turned back to the earliest accounts of these struggles to present a rich tapestry of Ireland's fight for its identity.

Beginning with the legends of ancient wars and warriors, moving through a time when history and storytelling were not separate crafts, into a time when history was as much propaganda as fact, Wars of the Irish Kings tells of tribal battles, foreign invasions, Viking raids, family feuds, wars between rival Irish kingdoms, and wars of rebellion against the English.

Battles formed the legends and history of the land: the Da Dannan meet the Fir Bolgs near Sligo, Brian Boru faces the Vikings at Clontarf in Dublin Bay, High King Rory O'Connor confronts the English invaders near Waterford, O'Briens battle the English (and other O'Briens) at Dysert O'Dea near Limerick, guns are carried for the first time in battle at Knockdoe near Galway, the Bruces from Scotland and their Irish allies overwhelm the English at Connor in Ulster, and Hugh O'Neill ambushes General Bagenal near Armagh. The book ends near Cork in 1601 when the English defeat O'Neill and his Spanish allies at Kinsale.

Common people as well as kings appear in these pages. A foot soldier in the early days of gunpowder accidentally sets off a disastrous explosion, a harper's disembodied head is sent by error to the king of England, who displays it as that of the king of Ireland, and a Welsh camp follower named Alice is given the job of executing Irish captives during the English invasion.

The sources for these stories and many more range from ancient manuscripts telling of mythical battles to a seventeenth-century siege diary. There are excerpts from such Irish literary masterpieces as The Cattle Raid of Cooley (The Tain), the monumental Annals of the Four Masters, passages from Gerald of Wales's account of the English conquest in the twelfth century, pages from an Icelandic saga, and even a blistering letter from Queen Elizabeth I to her inept commander in Ireland ("You do but piece up a hollow peace . . . ").

The result is a surprisingly immediate and stunning portrait of an all-but-forgotten time that forged the Ireland to come.
Also in This Series 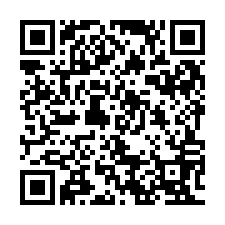