Rage for fame: the ascent of Clare Boothe Luce 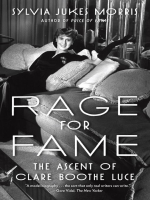 Description
A NEW YORK TIMES NOTABLE BOOK "Her technique was simple: aim for the top," an envious colleague wrote of Clare Boothe Luce. No American woman of the twentieth century aimed so accurately, or rose so far, as this legendary playwright, politician, and social seductress. Born in New York's Spanish Harlem, with nothing to recommend her but beauty, ferocious intelligence, and dry wit, she transformed herself into the youthful managing editor of Vanity Fair. She married two millionaires and wrote three Broadway hits, including the biting satire, The Women. Her second husband, Henry Luce—the publisher of Time, Fortune, and later at her suggestion Life—was only one of the dozens of men she entranced. Adding politics and power to journalism and drama, Clare used sex, street smarts, acid humor, and money to plot a career more improbable than anything in her own fiction. Not content with mere wealth and the acclaim of transatlantic café society, Clare Boothe Luce confessed to a "rage for fame." This extraordinary book—the result of more than fifteen years of research by Sylvia Jukes Morris, her chosen biographer—tells how she achieved it. Praise for Rage for Fame "A model biography . . . the sort that only real writers can write."—Gore Vidal, The New Yorker "[The] riveting first part of a two-volume biography . . . Relentlessly candid, meticulously documented, Morris's book traces [Clare Boothe] Luce's rocketing rise from illegitimacy and poverty to wealth, power and fame."—Hartford Courant "Powerful and resonant, admiring at times, always critical, at times searing, but ultimately fair."—The Philadelphia Inquirer "Crammed with enough drama for several mini-series."—The New York Times "An important book about an important figure . . . a stunning feat of biography."—Forbes "A dishy biography that is also a formidable work of research."—Slate "One of those rare books where the reader dreads the final page."—Newport News Daily PressFrom the Hardcover edition.
Also in This Series 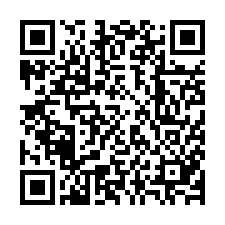