Description
"It's Prohibition. It's Philadelphia. And Jersey Leo doesn't fit in. Jersey is an albino of mixed race. Known as "Snowball" on the street, he tends bar at a speakeasy the locals call the Ink Well. There, he's considered a hero for having saved the life of a young boy. But when his old grade school buddy, Aaron Garvey, calls from death row and asks for one last favor, all hell breaks loose. Jersey finds himself running from a band of crooked cops, hiding an escaped convict in the Ink Well, and reuniting with his grammar school crush--the now sultry Myra Banks, who has shed a club foot and become a speakeasy siren. Through it all, Jersey tries to safeguard the Ink Well with no help other than his ragtag group of friends: his ex-boxing-champion father, Ernie Leo; the street-savvy Johalis; a dim-witted dockworker named Homer; and the dubious palm reader Madame Curio. With them, Jersey digs for the truth about his friend Aaron Garvey--and winds up discovering a few things about himself"--Provided by publisher.
Also in This Series 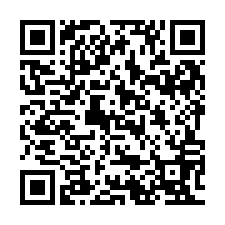