The burning house: Jim Crow and the making of modern America

Description
A startling and gripping reexamination of the Jim Crow era, as seen through the eyes of some of the most important American writers In this dramatic reexamination of the Jim Crow South, Anders Walker investigates how prominent intellectuals like Robert Penn Warren, James Baldwin, Eudora Welty, Ralph Ellison, Flannery O'Connor, and Zora Neale Hurston handled the paradoxical relationship between diversity and equality. For some, white culture was fundamentally flawed, a "burning house," as James Baldwin put it, that endorsed racism and violence to maintain dominance. Why should black Americans exchange their rich and valuable traditions for an inferior white culture? Southern whites, meanwhile, saw themselves preserving a rich cultural landscape against the onslaught of mass culture and federal power, a project rooted in mutual respect, not violence. Anders Walker explores a racial diversity that was born out of Southern repression and that both black and white intellectuals worked to maintain. With great clarity and insight, he offers a new lens through which to understand the history of civil rights in the United States.
Also in This Series 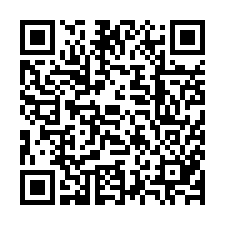